Tennis is a racket sport played inside the netted rectangular tennis court. Tennis has singles (one player on each side of the netted court), and doubles (two players on each side of the netted court) games with doubles game occupying slightly larger playing area. Each player uses a tennis racket to hit a tennis ball over to the other side with the ball hitting no more than 1 ground inside the rectangle. The objective of the game is to hit the ball so that an opponent cannot return the ball to your court. 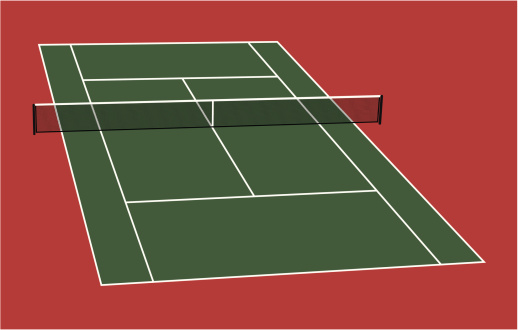 The game of Tennis originated from England in the 19th century, and it is played by millions of amateur and professional players worldwide. There are 4 major (or Grand Slam) tournaments known as the Wimbledon played on grass courts, French Open played on red clay courts, and Australian and US Open played on hard courts. It is also played in the Olympics.

Although there are singles (2-person) and doubles (4-person) games, the general rules of tennis are similar. The following are general rules used to play tennis.

Tennis scoring is made from the points, games, sets and a match. Each unit of measure is described below: